Originally designated by the United Nations General Assembly, International Holocaust Remembrance day is held each year on January 27th, marking the liberation of Poland’s notorious concentration camp, Auschwitz-Birkena.  Considered to be the largest global event ever to commemorate the Holocaust, WJC’s social media campaign encourages people to post to Facebook and Twitter photos of themselves displaying #WeRemember signs, which were then live-streamed on a jumbotron at Auschwitz.   The inaugural event, launched in 2017, reached more than 250 million people around the world; this year’s campaign doubled its reach, engaging 500 million people in more than 100 countries, with content translated in 24 languages. 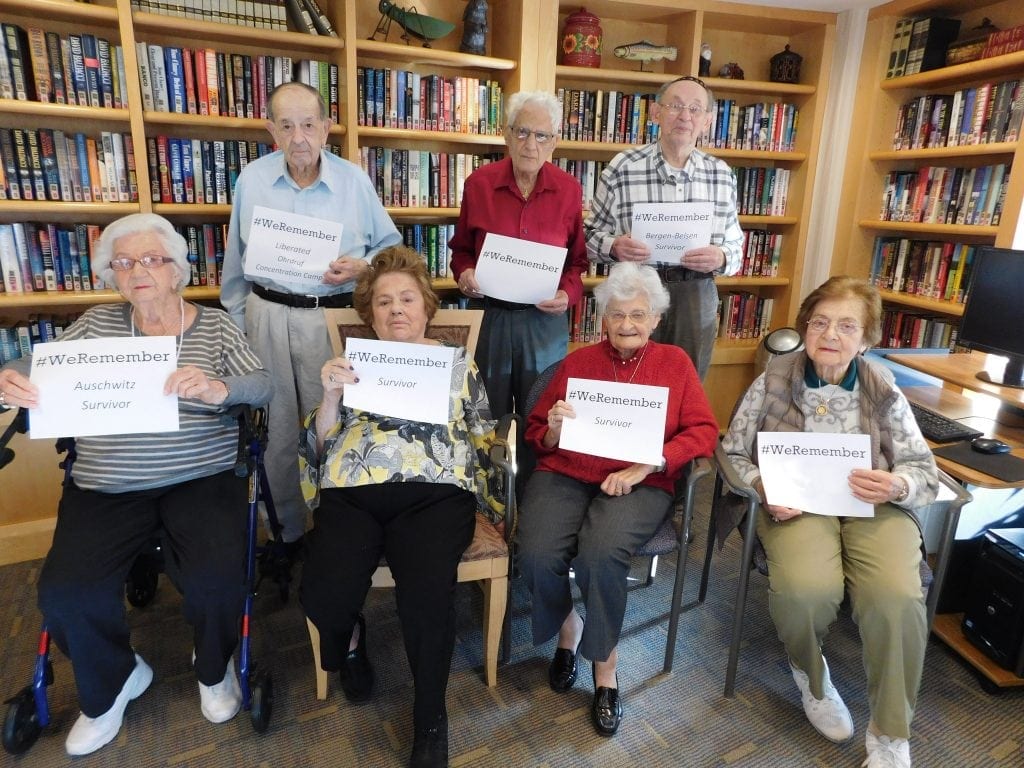 Residents at Gurwin Jewish~Fay J. Lindner Residences who participated in this year’s social media movement witnessed firsthand the atrocities of the Holocaust.  Among them were survivors of
Bergen-Belsen and Auschwitz, a hidden child and a Kindertransport refugee.  Also participating was U.S. army sergeant and bronze star recipient Marvin Bochner, who helped liberate prisoners from Ohrdruf concentration camp alongside Generals Patton, Eisenhower, Bradley and Montgomery.   Haunted by memories of the horrors he’d seen, Marvin chose to display the #WeRemember sign “to raise awareness among  younger generations to ensure that humanity never forgets.” 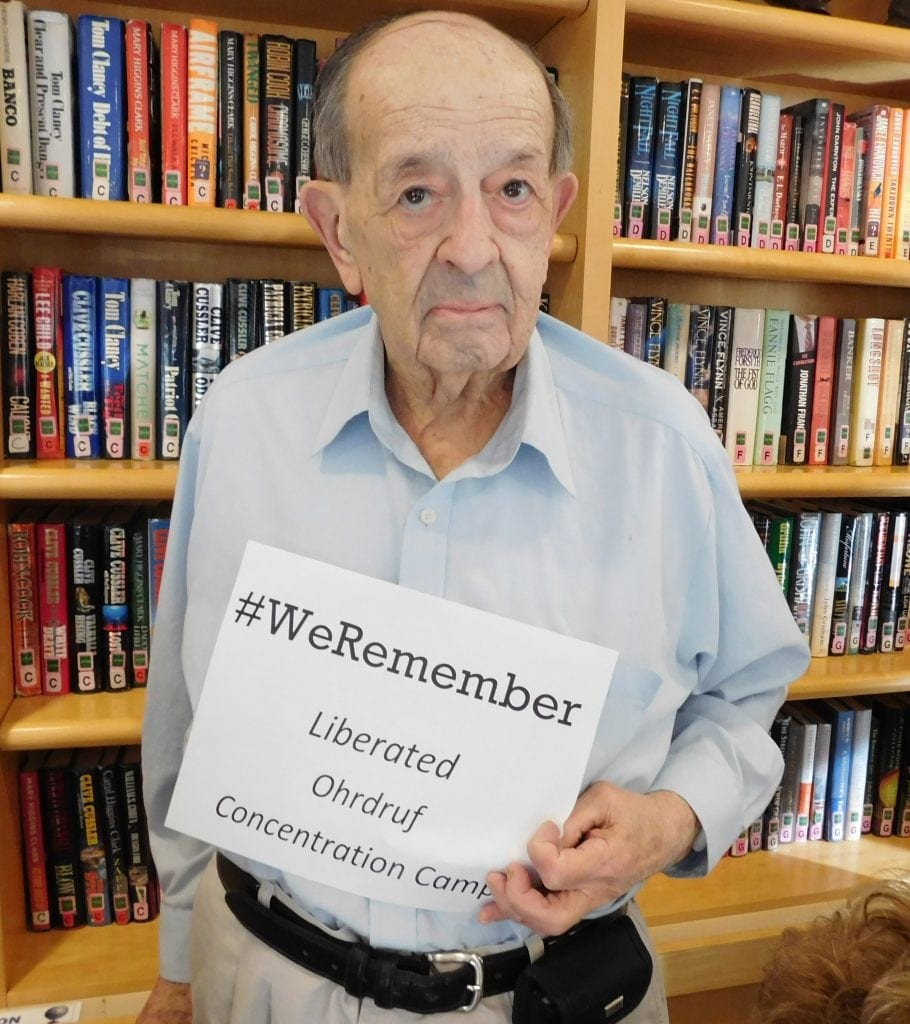 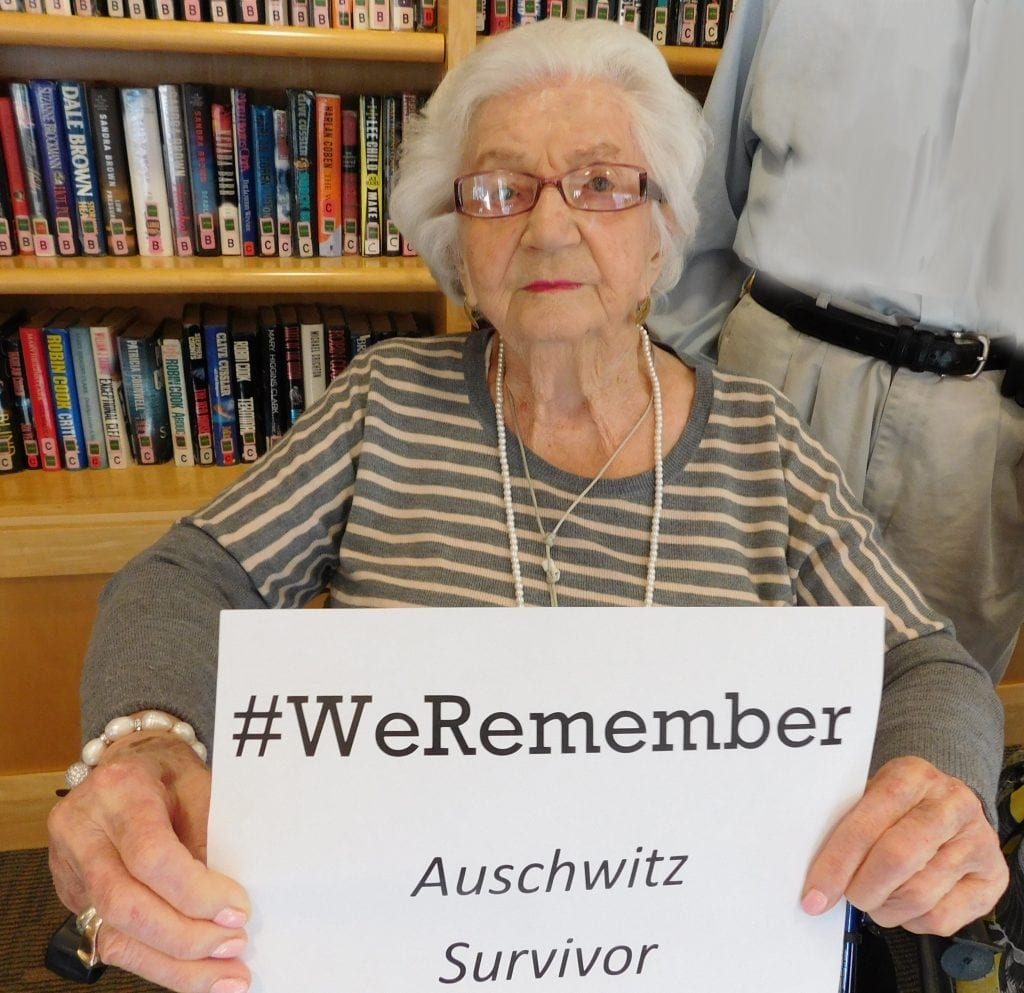 About the Gurwin Family of Healthcare Services

“My mother was recently hospitalized again and withstood a difficult hospital stay. Only after she returned home, to the Fay J. Lindner Residences, did she improve. I am very grateful for the care she receives at Gurwin’s assisted living community and don’t know where she could ever get the excellent attention she receives every day.”
-Diane H.

When looking for an assisted living residence, Herb and Arlene Rosenberg would only consider a place that welcomed their dog as well. They moved to Gurwin’s assisted living in 2012, and all three are delighted with their decision! Meet Herb, Arlene and Vonnie!