Commack, NY — 101-year-old Mets fan Rudal Ahlen has been cheering for the Amazins’ since they emerged on the major league baseball scene in 1962, five years after her heart was broken by the Brooklyn Dodgers who left the Big Apple for Los Angeles.  For more than 50 years, Rudy, as she’s affectionately called by her family and friends, has been cheering for her beloved team, first at the Polo Grounds, then at Shea Stadium, and now at Citi Field — “It’s sooo modern!” 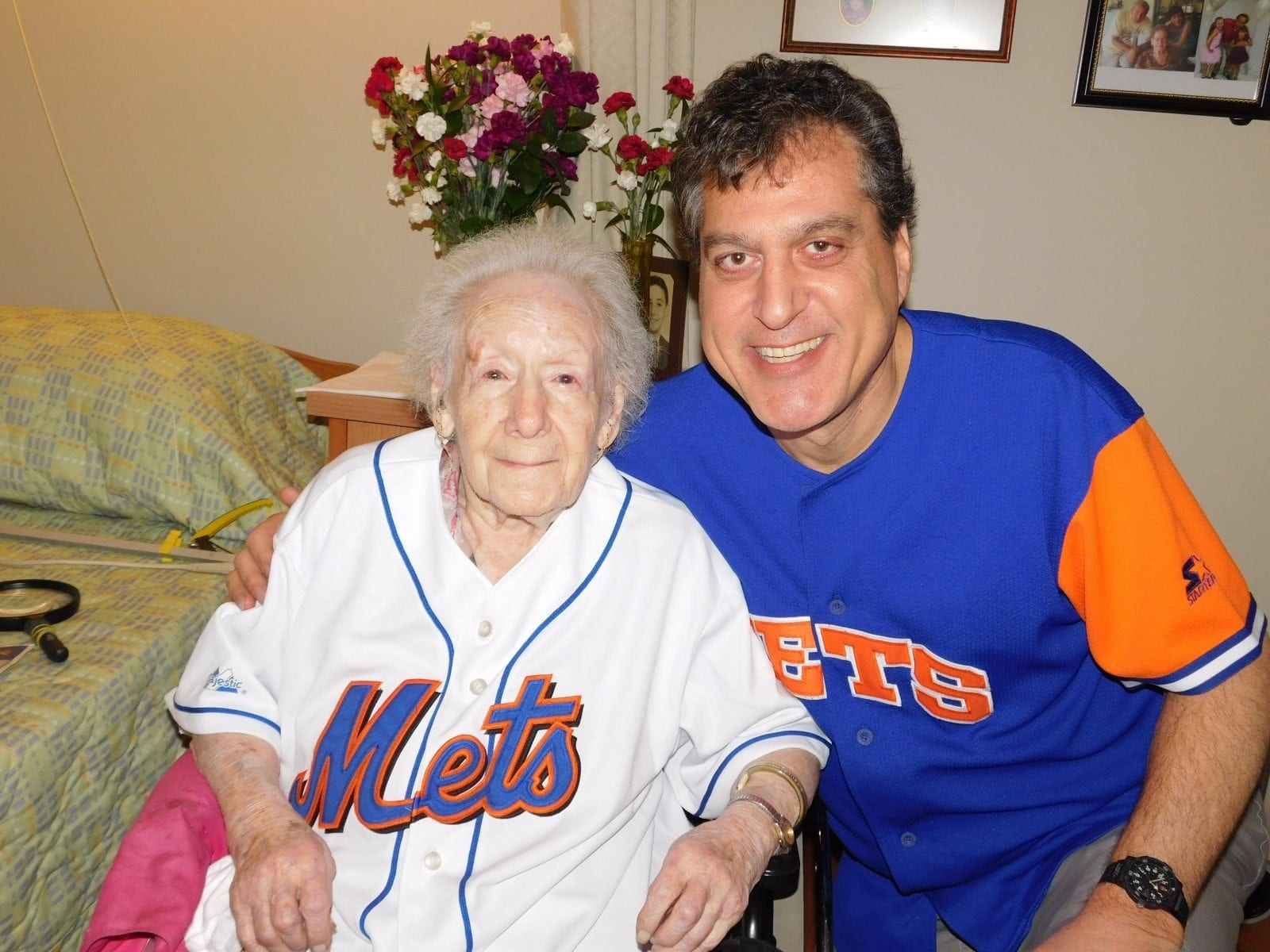 A mother of eight, Rudy hails from Brooklyn; she later settled in Smithtown, Long Island where she taught her own children the finer points of baseball.  At the age of 65, Rudy joined an all-male seniors baseball team – “they didn’t know what to make of me,” she laughs.   Fond of the championships lineups of 1969 and 1986,  Rudy vividly remembers the breakout season of players like Tom Seaver and Tug McGraw, as well as Gary Carter and Keith Hernandez.

Now a resident at Gurwin Jewish Nursing & Rehabilitation Center in Commack, Long Island, Rudy spends game days glued to the TV, keeping score and sometimes second-guessing decisions made by the Mets managers.   Surrounded by friends at Gurwin, Rudy spent opening day rooting for her team, wistfully hoping that her favorite Mets player, David Wright, will be healthy enough to return to the lineup soon.   The game win made her optimistic about a promising season and an ultimate trip to the Fall Classic.  “I just want them to win the World Series already!” she exclaimed.

The Annual Gurwin Photo Contest invites community members to enter photos that just may have a lasting impact on the residents of the nursing & rehabilitation center.  Entries are accepted through April 17. See www.gurwin.org/about/photo-contest for details.   Follow us on Facebook (bit.ly/GurwinNursingRehab) and Twitter (@GurwinJewish).

Thank you for making my parents’ golden years so productive

“We are very thankful for the time my mom and dad spent at Gurwin and the quality of care they enjoyed. I find viewing the video of my parents on your website in the “Meet the Residents” section very comforting. Thank you for making my parents’ golden years so productive and enjoyable.”
-Richard R.

Shirley Leos moved to Gurwin’s Assisted Living with her husband in 2008. After spending 21 years in Bayside as a group counselor, Shirley decided to invite a few of her […]